When I was a young girl, my father once said to me that the greatest theft that can happen to anyone is that of time. Time is the unit in which we measure our lives. Time is the concept that contains all the possibilities of what can happen, happened, or planned. Every moment, we face a choice on what actions we will take. We also choose what inaction we embrace.

In Michigan, dangerous and turbulent times affected every demographic of our mundane and spiritual communities. During the summer, magical organizations spoke out under the mantle of their leadership and took a stand for equality under the law for all nationalities, races, colors, creeds, faiths, and etc. They stated that yes, Black Lives do Matter. In one organization, the largest here, this was a hard bought opportunity to address allegations of insular aspects greater Michigan raised regarding their inability to cross 8 mile road. 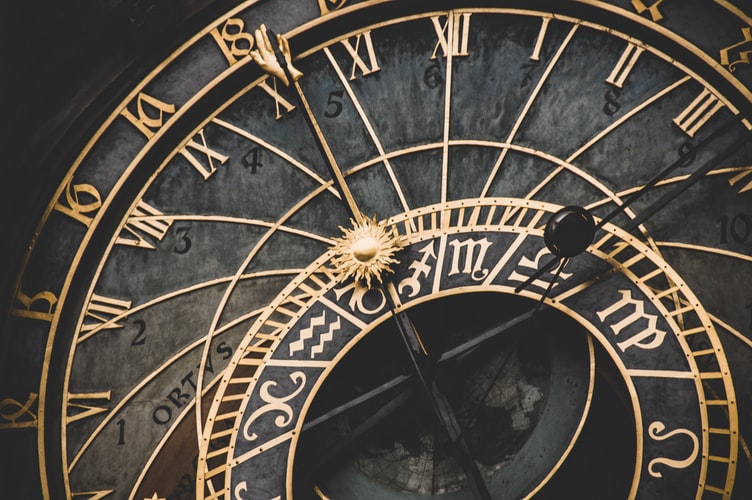 Photo by Fabrizio Verrecchia on Unsplash

In Michigan, this means to cross the figurative, and literal, racial barrier that separates the suburbs from the city of Detroit. For 26 years, MEC thrived and grew in a “Detroit Magic Adjacent” space. Started in Ann Arbor (yes, the Magical Education Council of Ann Arbor), they built a wondrous model of a convention. However, the integration of its attendees is more happenstance than active recruitment when it comes down to reaching into Detroit. The lack of Millenial, and ethnically diverse racial minorities, seen in representation on its board are in large part due to the organizational rules, yes. But also, this optic shows the need for a look at what is going on in the demographic reach of the event and how a possible overhaul may be in order to better reflect the populations of today.

For 26 years, through blind selection processes, instructors filled the class rosters. BIPOC present and attend, but in vastly different demographic percentages than the population of the 50 mile square radius of the conference itself. While not openly discriminatory, it appears that the slow increase of minority attendees is due to the connections via proximity to instructors. Their “pull power” keeps the pool level, at the very least. The fact that Detroit is “78% Black and 11% non-Hispanic whites” is not in any way reflected in your optics.

But this last year, a perfect mistral of antagonism hit the island of calm that is ConVocation. In 2020, a zealous group of social justice activists targeted the event based on optics. Accusations of bigotry and exclusion were fired across their bow. While untrue in the purest form, it raised questions. The organization and conference are very much NOT known for advertising, recruiting, or marketing in the heavily BIPOC city of Detroit, though they hold their conference there. Also, Asian attendance was down last year. (Yes, I keep a headcount, so my numbers are subject to error.). Misguided moralism lead to accusations of exploitation and erasure.

The adversarial nature of the relationship of the city to suburbanites also plays a large factor in the way the conference likely appeared. Those few minorities who do attend face difficulties when attempting to share their experiences, as past racism and bigotry by attendees formed hard scars in the Michigan magical body. The fact that the majority of BIPOC, Asian, and Pacific Islanders present came from outside of the city was not lost on this writer. At no time did 2020 did organizers seem ready for the storm that hit.

In the wake of Pantheacon‘s demise, it seemed unbelievable that it came completely unexpectedly. But it happened. In the following weeks, no attempt to meet with community leadership in the Black or Latino magical communities was announced. Nor were delegates announced as being sent to large events in the city. The lesson was not learned. The ship sailed on right into the iceberg. The saddest part is that it did not have to happen.

At two events, exceeding attendance numbers of 400, only a total of 8 persons questioned had heard of the event. Of those, 2 were vendors from previous years. Thriving communities, some over 20 years old themselves, are unaware of what could be fairly called one of the largest magical conferences in the region. Events such as the Witches Night Bizarres at the Tangent Gallery, boast hundreds of magically inclined Millenials and Gen Z persons. Not a single room of this event reflected the dearth of under 30’s that ConVocation did last year.

Something was very,very wrong with this picture. With all the talk of diversity during the attack last year, somehow that message didn’t reach past the confines of those hotel conference room meetings. I know these people, and knew that they, MOST OF THEM, were not bigots or unseeing. They just, as a body, made no move to fix it. The silence was made room for the noise.

I invested love with the event, as I greatly respected Michael Wiggins, founder. It was the first huge teaching gig outside the mundane community, as a matter of fact. Even now, it is my favorite event. A belief in this part of Michigan is that the conference sets the energy for the year. They do a damned good job of it, as well. But that job falls short when it comes to spreading that educational opportunity and mission to younger people, and people in traditionally underrepresented demographics in urban areas.

During the event of 2020, they came out with two statements. The second one was issued June 12, and stands as the officially final position.

Statement from the MEC board:

MEC was founded with the goal of making a safe and inclusive community for all as laid out in our mission statement right from the very beginning:

The Magical Educational Council was established for the following purpose: to create community by promoting the sharing of knowledge,experience, and fellowship among people who follow mystical and esoteric traditions.

In order to promote community, we do not include those paths or traditions whose doctrines advocate bigotry and / or violence against others on any basis including but not limited to race, gender, sexual orientation, disability, or religion

It is in the core of what MEC is and what we want to provide the community to stand against racism not only at our event, but in our community and in the world. To this end we had planned on using our Spring Town Hall to start an initiative of creating a community wide Diversity Board, however our plans were cut short by the pandemic that has threatened health and taken the lives of so many.

This has not stopped our plans, but has delayed them. We are committed to continue to have ConVocation be a place for everyone in our community to feel safe, welcome, included and represented. When we can confirm that it will be lawful and safe to host a Town Hall (hopefully in October) we will be making announcements to invite those who want to help us improve ConVocation and all other events, groups and organizations be as representatively diverse as our community truly is.

In the meantime, know that we understand that we CANNOT understand what people of color have experienced in their lives, but we support you, we are listening to you and we are here for you.

Justice for only some is no justice at all. Black Lives Matter

Let’s take a look at some parts of this statement. They said “we will be making announcements to invite those who want to help us improve ConVocation and all other events, groups and organizations be as representatively diverse as our community truly is” back in June. 318,240 minutes passed since this hit the internet. In all those minutes, those increments of time, no announcement surfaced of a virtual solution to making the diversity board a reality in this earthly dimension, perceivable by any person in the public.

A Samhain, a Yule, two other Michigan virtual community festivals for the community, several online group creations by city dwellers, and a new Imbolc drawing near, finds no evidence of a diversity panel’s existence. What happened to a board of so many people during those 318,240 minutes that prevented them from creating a single Zoom, WhatsApp, or Crowdcast, or other meeting media regarding their diversity plan? Was there ever an actual plan, or was it only the vision of a few members?

57 more days, and a human child could complete the average gestation period. A whole human being that could grow up, live a happy life, and never know how much of an absurd no-starter this whole project publicly appears. If they lived in Detroit, they’d join thousands of others in not knowing about it, too.

MEC, don’t let us down. Be the people that those who came before you vested their trust in you to be. So few of you are of the original board at this point, maybe it is time to reevaluate your optics, your words, and your obligation to those who continue to support you. Also, remember your duty to those who don’t even know you exist, but who your organization proposes to reach.

Detroit is a big city, but she’s been here a long time. She is home to hundreds of nationalities, faiths, and magical persons. Focusing on gender diversity to hide behind is beneath you, MEC. That is what you continued to do in a long ago meeting. It didn’t fly then, and it will not fly now. Every race has every gender expression, forgetting to reach out to the racial part of a person is not best practices.

I walked out of a meeting last year with resolution and dread in my heart when a discussion on racial inclusion was shut down by using gender diversity inclusion instead. They are not mutually exclusive. They never were mutually exclusive. Yet, the air in the room became filled with my sole Black voice being spoken over and shut down. When I left, I made the decision to wait and see if you would sort yourselves. I wanted to see you were based in reality and current time understanding of where the blind spots were in your thinking (no ableism intended). What happened was a symphony of inactivity that resounds across the Midwest.

I wait to see what changes you will make before 2021, my constituents and me. I wonder if you will read this with mindfulness or defensiveness. Most of all, I wonder how much more of the Metro Detroit Magical communities’ time will be stolen in that waiting.

This site uses Akismet to reduce spam. Learn how your comment data is processed.